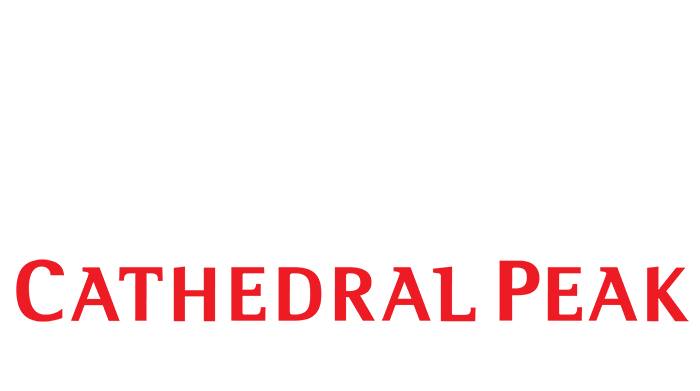 We single mindedly pursue the creation of Wines of Distinction. We do this with absolute commitment to follow the example of our forebears and the respect they showed for all forms of life, be it plant or animal.

As farmers we are only custodians of the soil. In our wine journey we acknowledge the privilege and obligations we have as being the first to produce wines of distinction in this spectacular setting. We accept that others will follow. In this we strive to follow our forebears as we implement the steps to be a zero footprint region. We encourage others to join the journey.

The Maloti-Drakensberg Park is a trans-boundary site composed of the uKhahlamba Drakensberg National Park in South Africa and the Sehlathebe National Park in Lesotho. The site has exceptional natural beauty in its soaring basaltic buttresses, incisive dramatic cutbacks, and golden sandstone ramparts as well as visually spectacular sculptured arches, caves, cliffs, pillars and rock pools. The site’s diversity of habitats protects a high level of endemic and globally important plants.

This spectacular natural site contains many caves and rock-shelters with the largest and most concentrated group of San paintings in Africa south of the Sahara. They represent the spiritual life of the San people, who lived in this area over a period of 4,000 years.

Also known as uKhahlamba (Zulu for  “Barrier of Spears”) and as Drakensberg, (Dutch for “Dragon Mountain”) aptly named by the Dutch settlers, the area was awarded world heritage status in 1998.  Hence the number 98/5.

Our grapes grow today where the San left their footprints millennia ago. In respect we name our best wines Unesco 985.

THE FIRST PEOPLE IN SOUTH AFRICA

San languages, characterised by implosive consonants or ‘clicks’, belonged to a totally different language family from those of the Bantu speakers. Broadly speaking, there are two different and identifiable languages, namely the Khoikhoi and San. Many dialects have evolved from these, including /Xam, N?¡, !Xu, Khwe and Khomani. NÃ mÃ¡, previously called Hottentot, is the most populous and widespread of the Khoikhoi and San languages

The San have lived in these mountains for ages.  Some of the artwork dates back to over 1,500 years ago while other examples are ‘newer’ depicting ox-wagons and men with rifles and cattle that have been dated back to around 200 years ago. The largest collection of these paintings is in the Ndedema Gorge that has around 4,000 paintings alone.

San proverb “….If people don’t understand where they come from, there is a hole in the soul…”

Sadly the arrival of the Nguni cattle farmers and in later years, the white settlers, saw this tranquil co-existence being destroyed.

The 35,000 to 40,000 examples of bushmen art found in and amongst the caves of the national park tell the story of the San bushmen living peacefully and in harmony with their environment. For them all life – plant and animal had soul and they treated them with the same respect, saying a prayer for the animal before they ate it.

AI Perold – the first Professor of Viticulture at Stellenbosch University attempted to combine the best qualities of the robust Hermitage with Pinot noir in 1925. Perold planted the four seeds from his cross in the garden of his official residence at Welgevallen Experimental Farm. In 1927 he left the University for a job with KWV co-operative and the garden became overgrown. The university sent in a team to tidy it up, just as Charlie Niehaus happened to pass by. He was a young lecturer who knew about the seedlings, and rescued them from the clean-up team. The young plants were moved to Elsenburg Agricultural College under Perold’s successor, CJ Theron. In 1935, Theron grafted them onto newly established Richter 99 and Richter 57 rootstock at Welgevallen.

Meanwhile Perold continued to visit his former colleagues. Theron showed him the newly grafted vines, and the one that was doing best was selected for propagation and was christened Pinotage. The first wine was made in 1941 at Elsenburg, with the first commercial plantings at Myrtle Grove near Sir Lowry’s Pass. Also in 1941 Pinotage vines were planted at the Kanonkop Estate, the wines of which have later risen to great fame and can mature up to 25 years, so that this estate has even been called “a formidable leader of Cape’s red wine pack.”

The first recognition came when a Bellevue wine, made from Pinotage, became the champion wine at the Cape Wine Show of 1959. This wine would become the first wine to mention Pinotage on its label in 1961, when Stellenbosch Farmer’s Winery (SFW) marketed it under their Lanzerac brand. This early success, and its easy viticulture, prompted a wave of planting during the 1960s.

Our Pinotage shows strong Pinot Noir characteristics and have a clear and distinct boutique. We build our wines with a sense of place ranging around this amazing property and include at least 15% Pinotage in the blend of this range of wines.

It makes a perfect excursion – three to four hours of easy driving from Johannesburg, or two  hours from Durban and you can immerse yourself into the imposing peace and quiet of the the Central Drakensburg.  The great basalt battlements of these magnificent mountains have at least two special features.

Firstly, while their 11,000-foot peaks are not in the same league as those in the Andes or the Himalayas, the Drakensbergs are unusual in that their parapets are products, not of the movement of continents, but of erosion. This spectacle did not grow from the earth; rather, the earth receded, sanded away by the eons, so that “the Berg”, as the range is affectionately called, stands as a kind of hourglass of the planet.

A visit to the area will reveal a pristine landscape of utmost diversity in a grandiose setting that bellows “powerful”. Each season produces a different perspective of the mighty forces that have been at play. Up the mountains on narrow passes will present a place so stunning that it humbles.